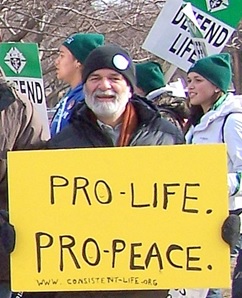 (1) If a woman is dominated by others, the freedoms she is given will be exercised against her by those who dominate her.

We all know that many women are simply unable to effectively negotiate the terms and conditions of their sexual interactions and reproductive choices due to pervasive discrimination, coercion and violence against them. Unfortunately, legalization of abortion provides those coercers with another weapon that they can use against the women they dominate.

In other words, abortion rights may truly be liberating for powerful women whose careers cannot easily accommodate children, for women who are truly free to choose without outside pressures and for whom the opportunity costs of children are very great. Polls indeed show that such women overwhelmingly support a right to abortion. By contrast, poorer women, even in the USA, are the group most hostile to abortion. Why would they want abortion available if it’s only going to result in a boyfriend, a parent, a husband, or an employer coercing them (even by violence) to forego one of the few satisfactions they have in their oppressed lives, the love of a child?  Or just think how the availability of abortion can facilitate raw sexual exploitation: A college student told me once: “I’m really pro-choice, but you can bet I tell my boyfriend I’m 100% pro-life.” She knew that the option of abortion could easily make him less careful. But not all young women are so clever. (Consult the great feminist thinker Catherine MacKinnon for more on the effect of making abortion a “privacy” right. She points out that it is precisely in women’s private lives that male dominance is most extreme.)

The developing world is much, much worse for most women. Except for a tiny elite segment of women (which unfortunately may be the only non-male presence at international conferences set up to propose new laws) abortion hurts women because it empowers husbands, sweatshop owners, and pimps to use them with impunity. The rule is very simple: Those who make real life choices for women are the real rights holders, regardless of who may have the formal legal right to make decisions.

Even seemingly obvious rights to abortion, such as abortion after rape or incest, may backfire against women where they are weak. After all, in most societies rape and incest are viewed very negatively, if they are discovered. Male predators ordinarily want their victims to have abortions so they won’t be exposed and punished, and so that they can continue their sexual exploitation. Only in a modern nation, with a good police force, can predators regularly be caught and punished, so that the abortion decision can more truly be that of the woman.  This is a tough call I admit, but the uncertainty of the real-life impact of laws permitting abortion should give one second thoughts about making even abortion after rape into an international right, applicable in all circumstances in all countries.

In summary, to proclaim rights to abortion around the world is to adopt a first-world, or an upper-elite, view of the beneficiaries of such rights. A down-to-earth look at poor and oppressed women’s actual lives will lead one to conclude that women would first need to be empowered before they could truly benefit from any rights to abortion. 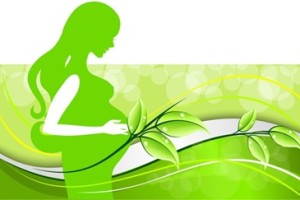 2) No organization can proclaim complete support for Human Rights if it endorses abortion.

As a teacher of comparative law, I can tell you the right to life of the fetus is explicitly protected by a number of international treaties and national constitutions. Fundamental rights to abortion are recognized far less extensively.

I’m not saying that only a few nations permit abortion. Many do. But very few treat it as a basic human right.  Abortion is permitted simply because the legislature of the nation has decided to pass such a law, but that law could be repealed tomorrow without violating any treaty or constitution. Nowhere in Europe (with the possible exception of abortion for severe health reasons in Italy) is there a clear constitutional right to abortion, to my knowledge. But various countries’ constitutions or constitutional court decisions contain a right to life. Germany is one. The unborn child has a constitutional right to life throughout pregnancy there, recognized twice by the Constitutional Court in lengthy decisions in 1975 and in 1993. [Do not rely on the over-simplified report that Germany does not punish abortion in the first 12 weeks, as long as the pregnant woman has undergone solidly “pro-life” counseling and has waited three more days to think it over. That is true, but the Court’s reasoning is that the counseling will save more unborn lives than threats of punishment. Strange as it may seem to us, abortion goes unpunished in Germany in furtherance of a fetal right to life, not of a maternal right to abortion.] And why does Germany care about unborn life? The answer given by the Court is that to permit abortion is to head once again down the path to devaluation of individual human life followed by the Nazis. When we proclaim a right to abortion, according to German human rights doctrine, we are attacking life, the most basic human right of all, and following again that dreaded path.

The regional human rights treaty for the Americas, the American Convention on Human Rights (Pact of San José, 1969) explicitly proclaims “Every person has the right to have his life respected. This right shall be protected by law and, in general, from the moment of conception.” [Art. 4(1)]. It also emphasizes that “’person’ means every human being.” [Art. 1(2)] Thus we see that the unborn child is recognized as a person with a right to life from the moment of conception. When it comes to legal protection of that right, it is true, the signatory states have a little flexibility (presumably to deal with any clash with the mother’s equal right to life) because of the words “in general.” But this is not phrased as a limit on the right itself, but only as a permitted (but not required) minor exception to the legal enforcement of that right. Do we really want to proclaim a right to violate the core of a major human rights treaty? Does it want to have to say from now on: “We’re for many recognized human rights, but we’re opposed to others”? [A recent American human rights court decision twisted the above words to escape their impact, but please remember that court decisions are not binding precedents in Latin America. The words of the Treaty remain the law, despite the contrary court decision.] 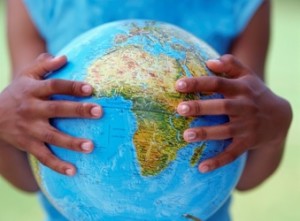 It is true that the Protocol to the African Charter endorses a very limited right to abortion—the first such treaty right in the world. This is quite ironic, however, since black Africa may be the most anti-abortion part of the globe. A Pew poll, for example, found that 64% of Nigerians and a whopping 81% of Kenyans said women should be stopped from having abortions (USA: only 32%, according to Pew). How much does that Protocol represent the African peoples as opposed to representing NGOs and other elites? Do we want to be part of what may well be a shoving of elite Westernized interests down the throats of Africans?

Lastly, and most simply: The Human Rights movement has long had one clear message: Human Dignity. We have proclaimed that rights are not just for the strong, or just for citizens, or just for non-criminals, or just for adults. We have always said that just being human is all one needs to have human dignity and human rights. But no one seriously doubts that the unborn offspring of two humans is also human. So if we endorse a right to abortion, we are saying that merely being human and alive is no longer enough for dignity and rights. We will either have to make a deep change in our self-understanding and abandon our foundation in the dignity of simply being human, or else constantly face the charge of hypocrisy from many opponents and erstwhile supporters—the sort of charge leveled at Thomas Jefferson for proclaiming that all persons “are created equal” while he held onto his slaves.

For the two reasons I have explained above, I believe it to be highly unwise for our Human Rights movement to endorse rights to abortion. Such rights may benefit powerful elites, but they harm many of our most vulnerable sisters in the developing world. And they clash head-on with the internationally recognized human right to life of the fetus, and even with our own foundation in universal human rights.

For more of our blog posts from Richard Stith, see:

When “Choice” Itself Hurts the Quality of Life