Adventures of Organizing as a Consistent Lifer

In the past month and a half, one of the many things I’ve been busy with is helping to organize rallies on issues as divergent as “Defunding Planned Parenthood” and “Support Diplomacy for Iran.” I’ve been sending press releases for organizations such as Students for Life of America/SFLA (the Woman Betrayed rally organizers in Portland, OR) and MoveOn.org (the Iran diplomacy rallies).

Do I feel kind of schizophrenic?

Well, yes. Today I just finished sending out a revised press release for the MoveOn rally, which has now morphed into one that will thank our Oregon Senators for voting for diplomacy. And tomorrow I’m working with another member of Democrats for Life of America (DFLA) to put together a press release about a quiet protest we’ll hold outside of an event where a top Oregon Planned Parenthood official will be speaking. I’m waiting for someone in the media who gets these press releases to ask me how I support both causes.

A few of my friends get it. Most don’t.

As a “liberal”, or someone on the “Left” (I’m really growing to hate these labels), I believe in providing the funding and support for whatever it takes to help people and families out of poverty. I support those things that work to promote the dignity of all life, peace, and an end to violence.

Abortion defeats all these. It does nothing to address the root causes. Why do so many women feel they need to turn to abortion, why do so many women end up with unintended pregnancies? We’re supporting the quick fix, rather than tackling the larger problem.

Same with Iran. It’s much simpler to explain about promoting policies that lead to war and the use of aggression. The Iran deal was in no way a quick fix, and implementation will be complex.

So I will continue to stand up for life, in every form, with a Consistent Life Ethic. Hopefully my friends will someday “get it.” 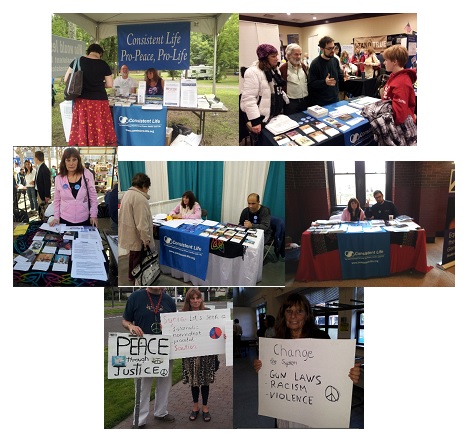