Several US Supreme Court decisions have been horrifying. What lessons can we learn from history?

Dred Scott was an enslaved man who petitioned the Court for his freedom and that of his wife and their two daughters, because they had been moved to a state without slavery. Chief Justice Roger Taney infamously wrote that Blacks were “so far inferior, that they had no rights which the white man was bound to respect; and that the negro might justly and lawfully be reduced to slavery for his benefit.” 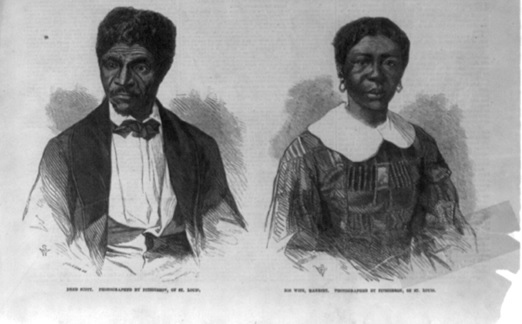 Consequences? The foreseeable one was that African Americans continued living under cruel slavery laws, and free states couldn’t help them. Unforeseen was that this decision is commonly seen as one of the events that led to the US Civil War (1861-1865), the bloodiest war in American history.

Overturned? Yes, by the 13th Amendment to the US Constitution, in 1865. Being only eight years later, this was remarkably quick. But this was due to the Civil War, so it’s not a good model for quick resolution of bad court decisions.

Also, quasi-slavery practices (sharecropping, vagrancy laws, debt peonage, lynching) were established and widespread for a century. So the amendment didn’t really resolve the problem, though it was a help and worth celebrating.

Homer Plessy was 7/8 European descent and 1/8 African descent. By the standards of the time, this made him colored, and his state of Louisiana had passed a racial segregation law. Challenging the part that applied to trains, he deliberately bought a first-class ticket and boarded to challenge the law. The Court ruled against him with the idea that “separate but equal” was constitutional. 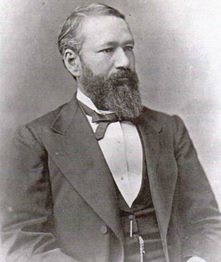 Consequences? The foreseeable one was that segregation laws were more firmly established. This also strengthened various forms of mistreatment of Blacks and Hispanics, the lethal forms of which included lynching and deaths through deliberate medical neglect.

Overturned? Yes, by the Court itself, in Brown v. Board of Education of Topeka, in 1954 – that is, 58 years later. Court-favored segregation laws lasted a long time.

Once Plessy was overturned, desegregation efforts still brought violent reactions from a large portion of the population. The decision allowed for further action to bring the change about, rather than being a direct cause of change by itself. A major social movement using nonviolent action – the Civil Rights Movement – plus government action over the course of well over a decade were required to make true progress. Lethal forms of racism (as well as non-lethal forms) still need to be countered today.

Carrie Buck desperately needed the Court to keep her from being involuntarily sterilized. The reason she was sent to an institution by her foster family was that the foster parents’ nephew had impregnated her through rape. This gave her baby Vivian, but also led to powerful men seeing her as an immoral breeder and therefore a perfect test case for eugenic sterilization laws. The Supreme Court upheld the decision to forcibly sterilize Buck. Justice. Oliver Wendell Holmes said “three generations of imbeciles is enough” – the three generations are pictured below.

But Carrie was average in the few years of school she was allowed to attend, and showed every sign of functioning well throughout her life. Vivian was only a baby at the time of the case, but once she later went to school, she did well. This doesn’t matter, of course, since people who actually are well below average in intelligence are as valuable as anyone else. But being so sloppy with the facts is a recurring theme in eugenics.

In a 1921 letter, Holmes had expounded on his eugenic philosophy by saying it would require “restricting propagation by the undesirables and putting to death infants that didn’t pass the examination.” This eugenic reasoning for infanticide would be one of the currents for the tidal wave of feticide that the Court would unleash in 1973.

Carrie Buck with her mother Emma Buck; her baby Vivian

Consequences?  The foreseeable one was that the eugenics movement had a major victory and cruelly imposed involuntary sterilization on thousands of Americans. At the Nuremberg trials in Germany, Nazis who had carried out over 375,000 registered forced sterilizations defended themselves by citing this case. It had been used as a model for their program, whose ideas were foundational to the Nazis’ massive euthanasia program and the Holocaust.

Overturned? No. However, it merely allowed laws rather than requiring them. The laws of 30 of the 32 states that had them are formally repealed, in a wave mainly from the 1960s to 1980s, and the laws are no longer invoked in the remaining two. Therefore, it’s commonly seen as outdated now, and public opinion is mainly against eugenics. Sterilizations without consent are still reported happening under the radar in scattered places, and especially in “population control” programs.

These companion cases, decided the same day, had a major difference from the above cases. Instead of the court deciding against the plaintiff, the plaintiff’s legal argument prevailed, knocking down abortion restrictions in all 50 states.

But for Sandra Cano, being the plaintiff of Doe v. Bolton was a technicality. She acquiesced to the lawyers to get help in getting her children back out of foster care. She was immediately horrified at the decision. Norma McCorvey, on the other hand, the plaintiff in Roe, was very pleased at first. She spent years promoting Roe and even worked in an abortion clinic. But in 1995, she had a change of heart, and is now quite active in the pro-life movement. She wants the decision which bears her pseudonym to be overturned.

Consequences?  Most clearly, millions of unborn babies have been killed. For more on how abortion relates to other kinds of socially-approved killing, see any consistent-life literature; for more on how it hurts women, see any pro-life feminist literature. Targeting of unborn babies from racial minorities, those with disabilities, and fetal females for elimination has sabotaged the assumption that all people in such groups should be treated with respect.

Overturned? No, and it still has widespread support in the population. This is the only one on this list that isn’t widely recognized as a horror story. Yet.

Pro-lifers have of course been eager to overturn the Roe v. Wade decision since the second it was announced. Here are four approaches:

A constitutional amendment, as with Dred Scott. This requires much more of a societal consensus than we now have.

The court overturning itself, as with Plessy. This has been the main anti-Roe strategy, to work to elect presidents who will appoint Justices to overturn it. [This is a hope some people have had with Trump – but it was also a hope they had with Reagan, who gave greater indications of understanding the abortion issue than Trump does. Yet through his appointments, Reagan delayed this possible goal by decades. Even if Trump were more reliable, it’s likely to take years before a suitable case would be in place, and the Court has to have a case it can rule on before it can make any decision.]

Update 05.04.22: On May 2, 2022, a leaked draft of an initial opinion in Dobbs v. Jackson showed that this method of overturning Roe is a real possibility. That’s not the final decision, which is due out in a matter of weeks. This makes the bracketed section above and some comments below outdated, but underscores the next paragraph.

But when thinking of this possibility, this is crucial to understand: when Plessy was overturned by Brown, many years of intense work for desegregation had to follow. There was a passionate backlash. That would surely be the case with overturning Roe anytime soon as well. Far too many people would see such overturning as something wrong with the Court, rather than something wrong with Roe.

The decision working its way to irrelevance, as mainly happened with Buck v. Bell.

This is where the grassroots excel. Fortunately, the pro-life movement has known all along how to be effective this way, with pregnancy help centers, post-abortion therapy, public education, protesting, raising scandals, and more. Abortion numbers and clinics are falling dramatically, a trend likely to continue.

This is also where the consistent life ethic excels. While single-issue pro-lifers in the U.S. have focused on a situation where abortion was mainly illegal (yet widely practiced) and in one fell swoop was legalized everywhere, consistent-lifers are familiar with how several different social movements work. We’re active in more of them.

Activists against all kinds of socially-approved violence have observed that there’s no magic button – no amendment, court decision, or legislation – which will solve the whole problem.

In the case of war, the Kellogg-Briand Pact of 1928 outlaws it. We see how well that turned out.  It has a positive place in the long-term struggle against war, but it certainly wasn’t a magic button.

Grassroots turnaround. It may be that in the end, we have it backwards. The Court could overturn the decision many years from now without backlash, not because of appointments or amendments, but because they’re ratifying and solidifying a social change that’s already happened. The Court will not be causing the social change so much as noticing it and making it more permanent.

It’s up to us to make that social change happen. Get to work!

See also our website project: The Price of Roe

For more of our blog posts on abortion and the law, see:

Should Abortions be Illegal?

Who the Law Targets