How Euthanasia and Poverty Threaten the Disabled

This is Part 2 of 2. Part 1 was How Ableism Led (and Leads) to Abortion 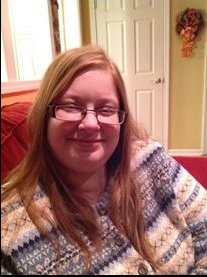 Now that abortion has become entrenched in our culture, people are pushing for legalizing suicide. Currently in the United States, usually if someone wants to commit suicide, the police can be called. Suicidal persons will be interviewed. If mental health workers fear they’re in danger of suicide, suicidal persons will be hospitalized. They won’t be released from custody until they can convince mental health professionals they won’t commit suicide. However, in other countries, a suicidal person who is also disabled or chronically ill might be treated very differently.

Countries such as Belgium and the Netherlands allow euthanasia or assisted suicide for people who experience incurable, unbearable suffering, including mental suffering. Such laws enable the suicides of people with physical and mental disabilities. People have been killed or assisted in killing themselves because of conditions such as combined deafness and blindness; autism; and alcoholism. A study documented 37 cases in the Netherlands where people with mental health problems were enabled to commit suicide after refusing treatment that could have helped them. People with disabilities or other severe health problems are being assisted in dying rather than living.

The United States hasn’t yet reached this point, although seven states and the District of Columbia allow assisted suicide for people diagnosed with terminal illnesses. Such laws devalue the lives of one particular class of ill person, but don’t yet go as far as certain European laws.

I might not currently qualify for assisted suicide because my illness—rheumatoid arthritis—is not terminal (though it can lead to premature death). However, people with my condition and other disabilities have been victims of illegal assisted suicides in the United States.

Jack Kevorkian, known as Dr. Death, helped as many as 130 people kill themselves. Some were terminally ill, but others had chronic but nonfatal conditions. One woman had my diagnosis – rheumatoid arthritis. Despite killing 130 people by assisted suicide over the course of his career, Kevorkian served only 8 years in jail. Would a person who killed 130 able-bodied people get off so lightly?

Another disturbing sign is how the American Association of Suicidology (AAS), a suicide prevention group, now accepts the legitimacy of assisted suicide for the terminally ill. It takes a disturbingly vague stance on more permissive assisted suicide laws. AAS released a paper last fall declaring that “legal physician assisted deaths should not be considered to be cases of suicide.” Therefore they wouldn’t work to prevent it.

The paper does a poor job of explaining why only some suicides should be prevented. It gives 14 reasons assisted suicide differs from the types of suicide they work to prevent. Some of these seem to be arguments for making legalized suicide more readily available: “Suicide in the conventional sense often involves physical self-violence . . . [physician-assisted suicide] is intended to provide the physically easiest, least violent, least disfiguring, most peaceful form of death an already dying person could face”; “The legal status and consequences of the two acts are different”; physician-assisted suicides “do not incur the sometimes substantial forensic and other costs that suicides do . . . They do not invite dilemmas of publicity.”

Arguing that assisted suicide is less violent and involves less red tape resembles the argument that abortion should be legal because of the risks posed by illegal abortions. The point about forensic costs is especially striking – it doesn’t concern the well-being of the suicide victim, but the convenience to society.

AAS also argues assisted suicide is a rational choice for people with terminal illnesses. This argument devalues the lives of the people for whom suicide is considered rational. They aren’t given the same type of suicide prevention services others receive. Moreover, even the comparative narrowness of this argument, which limits allowable suicide to people with terminal illnesses, is qualified or diluted elsewhere.

Although AAS focuses on US law, it acknowledges the more permissive European assisted suicide/euthanasia laws and doesn’t clarify whether it agrees with them. It’s not clear whether the AAS supports assisted suicide for non-terminal patients. The paper doesn’t say whether such laws go too far.

At one point the paper comments that US law denies assisted suicide to people with depression or other mental health issues and allows that in such cases “traditional suicide prevention services and treatment for depression may well play a role.” Elsewhere, however, in distinguishing assisted suicide from more conventional suicide, the paper notes that while certain European laws allow suicide for “unbearable suffering in intractable mental illness” they at least require “heightened scrutiny.” Setting aside the questionable nature of the “scrutiny” in countries such as the Netherlands, this alleged distinction implies that the AAS thinks assisted suicide for mentally ill people is acceptable—or at least is ambivalent about it. This attitude undermines the whole goal of suicide prevention for which the AAS allegedly exists.

All these conditions—laws allowing euthanasia and assisted suicide, especially the permissive laws in places such as Belgium and the Netherlands, the lax treatment of Kevorkian, and the acceptance of assisted suicide by a supposed suicide prevention organization—show how the lives of disabled and nondisabled people are not valued equally.

Disabled people are vulnerable to being coerced into suicide. Many disabled people fear being a burden to others (of the 1,275 people who have died through assisted suicide in Oregon, over 40% cited “Burden on family, friends/caregivers” as being a concern). They know their disabilities can make life harder for the people who love them. They know their medical care is costly.

This fear affects me in my own life. As someone with bipolar disorder, I’ve been fighting suicidal feelings since I was 16. The knowledge that from some people’s perspective my suicide should be aided, not prevented, because of my disability makes it harder.

The threat of assisted suicide, and the gradual expansion of its use, is just one side of the danger facing the disabled. Disabled people also face the danger of falling into ever-deeper poverty. Supporting oneself isn’t easy for a disabled person: in fact, one study estimates that about 10 years after the onset of a chronic, severe disability, a disabled person’s average earnings decrease by 76%. In the United States, disabled people who’ve never been able to work, can—if they can qualify—get a stipend from the government of between $700-1,000 a month through Social Security. This is nowhere near enough to live on in any part of the United States. If the disabled don’t have family or friends that can take care of them, they have to rely on social programs such as the Supplemental Nutrition Assistance Program (SNAP) and rental assistance just to survive. If you count SNAP recipients between the ages of 18 and 59 who have a disability—including those who don’t receive disability benefits—they add up to about 28% of all recipients. For men and women too disabled to work, there are no other options. In the United States, people with disabilities are at least twice as likely to live in poverty as able-bodied people.

Dependence on all these different forms of government assistance—disability benefits, SNAP, rental assistance, Medicaid—makes the disabled vulnerable to the cuts in these programs that some politicians pursue. If politicians succeed in cutting food stamps, rental assistance, and other social programs, these cuts would disproportionately hurt the disabled. Many disabled people would be thrown even deeper into poverty; some may lose access to housing.

Another harm to disabled people is the stigma attached to receiving government benefits. Even though the structure of our society makes it impossible for most disabled people to survive without government programs, disabled people (as well the able-bodied poor) are made to feel deeply ashamed of their dependence. All too often, people are judged by wealth or productivity, rather than their basic humanity. Disabled people sometimes internalize this stigma. It’s a common cultural narrative that a person must be productive enough to survive without outside support. One way to help the disabled is to counter this narrative when and where it occurs.

Ableism is on both sides of the political spectrum, conservative and liberal, Republican and Democrat. Ableism can take the form of support for abortion, euthanasia/assisted suicide, or denying support to the disabled. Defenders of life should oppose ableism no matter who is promoting it or what form it takes.

For more of our blog posts from Sarah Terzo, see:

Abortion Doctor Says: We are the Executioners

The Vital Need for Diversity

Healing for the Perpetrators: The Psychological Damage from Different Types of Killing

How Ableism Led (and Leads) to Abortion

For other posts on euthanasia, see:

Figuring out Euthanasia: What Does it Really Mean? by Rachel MacNair

When “Choice” Itself Hurts the Quality of Life by Richard Stith

See the list of all our blog posts put in categories