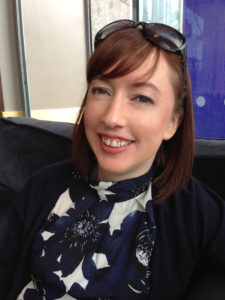 It may surprise those outside the Republic of Ireland that Sinn Féin (SF) came in second in the recent Irish elections. However, people voting for a political party with a strong connection to the IRA and many of the murders in the North during the Troubles and which still refuses to condemn violence isn’t so remarkable.

There’s a strong correlation between SF’s popularity and the landslide vote to legalize abortion (“Repeal the 8th”) in Ireland in 2018. Of 18-24-year-olds, 31% voted SF in this election, and 87% of them voted for abortion.

Journalist Róisín Agnew claims these votes demonstrate how “savvy” the young Irish generation is, but they actually demonstrate ignorance of SF’s bloody and violent roots. Instead of being the supposed “woke” generation, Ireland’s young voters chose to sleepwalk through both the 2018 abortion referendum and the 2020 General Election, ignoring the experiences of those who lived through the Troubles and the experiences of other nations with years of legalized abortion. Only 12.2% of those over 65 (who will remember the Troubles) voted for SF, and 58.7% of them voted against legalizing abortion in 2018.

The dancing and singing at Dublin Castle on May 26th, 2018, was a disgrace. Pro-lifers endured gloating abortion advocates celebrating the “right” to poison and dismember children who hadn’t even been conceived yet (abortions began January 1, 2019).

Likewise, the singing of old rebel songs during election time and the shouting of “Up the ‘RA [IRA]),” including by various SF representatives, were insensitive to families who had suffered during the Troubles. Just as abortion was deeply unacceptable in Ireland until recently, IRA songs would once have horrified many Irish people. As Northern Irish journalist Jenny McCartney put it so well: “its voters have [shown their support] not by compulsion, but by choice.”

SF played a prominent part in the “Repeal of the 8th” campaign two years ago. After the outcome, it rapidly changed its stance from being officially opposed to abortion to not even permitting its members a conscience vote. Former SF members Peadar Tóibín and Carol Nolan were both sanctioned by SF for their pro-life votes and soon left.

SF helped foist abortion on Northern Ireland by refusing to take their seats in the Northern Irish Assembly at Stormont on October 21 but reconvened once abortion was securely in. As Irish Times journalist Breda O’Brien aptly observed: “‘England get out of Ireland’ does not apply to abortion.”

The Northern Irish abortion framework outlined by the UK government is so extreme that it allows for the possibility of babies being left to die from “failed” abortions.

Violence can take many forms and can appear hidden to onlookers. There are many concerning stories emerging from within the ranks of SF, including the endemic bullying reported by various members.

Former SF Councillor Noeleen Reilly resigned in 2018, claiming she was the victim of an orchestrated bullying campaign by colleague Dessie Ellis (who has just been voted back into SF and has been linked by forensic evidence to 50 murders in the Troubles) and was assaulted. Reilly said she made several attempts to have the bullying addressed, but each time she was ignored or blamed.

SF Deputy Louise O’Reilly claimed the party doesn’t have a problem with bullying, despite being told by its own legal advisor it needs to change disciplinary procedures, along with the frequent departures of councilors, many of them women, who cite harassment and intimidation. O’Reilly herself has been seen in the Dáil [Irish parliament] “putting manners” (as described on the SF Twitter feed) on other Dáil members and behaving aggressively. One O’Reilly target includes former colleague Carol Nolan, whom she reduced to tears with her bizarre claims that Nolan was receiving funds from a well-known businessman, and that pro-lifers have a visceral hatred of women. O’Reilly wasn’t disciplined by the Dáil or SF.

When 21-year-old Paul Quinn, from just over the Northern Irish border, was brought to Drogheda hospital in 2007, every major bone in his body was broken and his ear was half hanging off. He had been beaten for hours with iron bars and nail-studded cudgels and was left looking like a lump of jelly. The doctors told his parents there was nothing left of him to fix. He died later that evening. His crime? Not showing enough reverence towards the local IRA. Sinn Féin completely denied any IRA involvement, although a subsequent report strongly pointed to IRA involvement in Quinn’s death. SF local politician Conor Murphy claimed Quinn brought it upon himself, a grievous hurt to Quinn’s family. Murphy has only recently apologized,.

Others similarly and brutally killed were Andrew Kearney in 1998 and Robert McCartney and Joe Rafferty, both in 2005. Such murders are a great inconvenience to SF, with the potential to spoil its new public image of pacifism.

Live Action has produced detailed investigations of Planned Parenthood’s cover-up of sexual abuse in at least eight states. SF has also protected sex abusers for years, failing to report such crimes to the police.

Irish Independent journalist Martina Devlin commented, “one of the dirty little secrets of the Troubles now emerging is the way sex crimes were handled within the IRA — and a pattern is taking shape.” Former SF leader Gerry Adams knew about his niece’s rape by her father but refused to do anything about it. As Áine Adams said of her uncle, “I realized it was all about PR and protecting his own image.”

Those who’ve been sexually abused by IRA men have been ignored or had their names slandered. For example, Máiría Cahill waived her anonymity to name her rapist but was forced to attend an IRA “kangaroo court” in an attempt to make her back down. SF has been trying to destroy her reputation ever since.

With its seemingly endless money and power, Planned Parenthood has attempted to destroy the lives of various individuals who have taken them on, including Sandra Merritt, David Daleiden and Mayra Rodriguez. Having been raped as a teenager by IRA leader Seamus Marley, Paudie Gannon could have been describing the abortion industry when he said: “I was taking on a powerful monster with limitless resources and a record of burying anyone who ever tried to expose the truth at the center of its rotten heart.”

As Martina Devlin points out, how can SF talk of protecting the vulnerable in society when the victims of abuse weren’t protected?

We’re Not Going Away

Irish abortion campaigners want prolifers to go away and be quiet. That hasn’t happened. Vigils continue outside GPs’ clinics that are providing abortions. The Rally for Life is gearing up for its “United For Life” March in Dublin on the 4th of July.

Likewise, Sinn Féin and its many supporters want its critics to disappear: the grieving families, the mothers who mourn their children’s deaths, the women and children abused and raped by those who thought they were too powerful to be held to account for their crimes.

Ireland has made serious errors in judgment in the last two years. It’s time for its people to demonstrate courage and stand against the attempts to quell those who still refuse to be silenced. 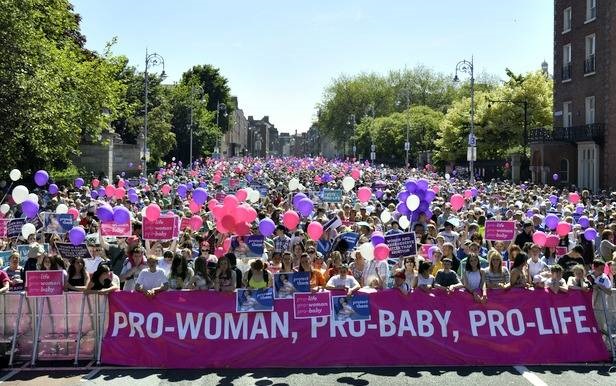 See more of Maria Horan’s coverage of Ireland on our blog:

Sinn Féin and the New Legacy of Violence

The Referendum on Abortion in Ireland: The Violation of Rights