by Carol Crossed and Rachel MacNair

Note: a draft of this post was sent to staffers at Campaign Nonviolence for feedback, and they thanked us and offered no comments. 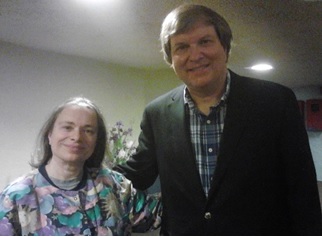 Campaign Nonviolence (CNV) has been a wonderful project, run by the organization Pace e Bene. The Consistent Life Network (CLN), also known as Consistent Life, became an endorser early on, as did several of our member groups. As with us, CNV has a connect-the-dots goal of showing how different kinds of violence are connected – in their case: war, racism, poverty, and environmental destruction.

We’ve been promoting their annual CNV Action Week every September since they began it in 2014. Many of our members have participated. Some of our over 200 member groups have added, over these three years, a few actions to CNV’s list of actions that happen around the world that week. This year, their goal for September 16-24 is over 1,000 “marches, vigils, rallies and more for a culture of peace and nonviolence.”

Yet a problem has arisen All of a sudden, in 2016, the actions we added were removed from the web list.

On a teleconference call CNV had with supporters, Lisa Stiller asked them why this was. The answer on the phone call: The staff didn’t have time. On to the next question.

This being unsatisfactory, we tried to have a face-to-face meeting or, failing that, a phone call to get clarification. The call finally took place April 12, 2017, between three CNV staff members and Carol Crossed.

Ryan Hall (Executive Director) introduced the participants John Dear (Outreach Coordinator) and Ken Butigan (Strategist/Consultant). I (Carol) indicated Rachel MacNair may join the call. Ryan said they wanted to only hear from me, but that if Rachel joined in, she could stay on the call.

To the statement that war, racism, climate change and poverty were the focus of CNV actions, I asked why actions that dealt with issues such as immigration, capital punishment, or gun control were not removed, but actions related to abortion were. Ryan indicated that this call was about listening to my concerns, and thanked me for my comments.

I asked for honesty and transparency.  Isn’t the disagreement less about narrowing their focus, and more about abortion?  Ryan indicated that their Board agreed to limit their actions, that they could not do everything.  Some issues were divisive.

I asked if they eliminated other actions, besides abortion, from their site. They indicated they weren’t sure.

I related an experience at a CNV Conference in New Mexico.  Rachel MacNair publicly addressed a panel in 2015, indicating abortion’s connection to violence.  She got a round of applause.  Both John Dear and James Lawson privately thanked her for her comments.

I asked if then their decision was based on strategy.  They all agreed that it was.  Some issues were divisive.

I asked if they think abortion is more divisive than it is uniting?  They thought some issues were divisive, yes.  What other issues did they consider “divisive”? John said he gets questions about how transgender rights should be at the center of nonviolence.

I commented about abortion being a positive strategy, one to broaden the movement.  For example, Jim Wallis says that abortion is a threshold issue because it opens a door.  It allows others to come in, allowing those who oppose taking the lives of innocent human beings to connect with the killing of millions of noncombatants in war.

In the Catholic Peace Fellowship newsletter, Michael Baxter writes that when we do violence to those in our families, especially the unborn, we make it easier to approve of and to engage in the violence of war.

Isn’t the best way to draw folks in who disagree with us on broadening violence to have those pro-life folks do the speaking themselves in their own actions, I asked?  Should we not encourage them, showcase them, promote them?  By doing this we model receptivity though our own vulnerability.

Ryan thanked me for the comments, saying that those are my strategies, Consistent Life’s strategies.  CNV has other strategies.

I said that broadening, welcoming, connecting, being vulnerable, were the universal strategies of nonviolence.  That John teaches this in his many books, and Ken’s wonderful TED talk and his workbook on Nonviolence that I read some years ago.

I suggested by not allowing actions on abortion, CNV is marginalizing others, making them step aside, refusing them entry into the [nonviolent] clique. If CNV focuses on the four issues only, they push out many other people.  It’s a strategy of smallness.

Question #1. About CNV’s claim of limited staff time: didn’t removing actions listed by CLN take more time than simply allowing them to remain? Was there something time-consuming about having those listings up, such as perhaps dealing with objections, that they haven’t told us about?

Question #3. If a narrow focus is the reason, why didn’t CNV take down the other 50+ actions that don’t fit within their issue limitation?

Question #4. If their reasoning is to avoid divisive issues, why do they not state so as clear policy? The statement in small letters at the bottom of one page, if you hunt for it, is: “Please keep in mind that Campaign Nonviolence reserves the right to remove any action at any time that we feel violates our vision or policies. We expect actions to follow nonviolent guidelines and to focus on efforts that connect the dots between issues related to war, poverty, racism, and environmental destruction.” A very sensible statement, and it gives notice that an action that only focuses on any given single issue doesn’t fit. But if we relate abortion to war, poverty and racism – and we do this all the time – then aren’t we’re following the guideline of “issues related to war, poverty, racism”? Haven’t we still been invited to participate, and then uninvited without notice?

Question #5. Are CNV’s values being pressured by potential or real advocates of abortion availability – supporters and funders?

Question #6. In the conference call, why was “listening” a one-way interaction, and dialog not encouraged? Why did three CNV male staff members feel threatened by a second woman / Board member of Consistent Life participating on the call?

Question #7. Is CNV encouraging the extreme polarized social climate today, by not inspiring a more integrated and diverse nonviolent movement?  In other words, are they not contributing to the divisiveness they are trying to avoid?